On October 22, 2022 on the basis of Karaganda State University named after E. A. Buketov the annual republican Olympiad on the knowledge of the Constitution basics and state symbols of the Republic of Kazakhstan took place in online format, it was organized by the Youth Affairs Committee together with the Faculty of Law for the students of higher educational institutions and the military students of Karaganda. By the way it should be noted that the rating of this event is growing from year to year. Currently, representatives of different universities make every effort not just to participate in the Olympiad, but to become the best of the best.

The Olympics is held to promote and popularize among young people the Emblem, Flag, Anthem of the Republic of Kazakhstan, bring up a sense of pride and respect for state symbols, improve legal literacy of young people, familiarizing students with the values of legal culture, creating conditions for the intellectual and creative development of young people, the formation of patriotism and an active citizenship.

This year, the geography of participants has expanded greatly and, in general, fifteen teams from different universities of our country took part.

6 Atyrau University named after Kh. Dosmukhamedov “The Power of Law”.

The Olympiad was held in 3 stages:

1 round. – all teams were involved in presentations and speeches on the first question

In the Constitution of the Republic of Kazakhstan, in paragraph 2 of Article 27, “Care for children and their upbringing is a natural right and duty of parents.” What interpretation would you give to this provision?

3 round. – all teams were involved in presentations and speeches on the third question

Problems and solutions to the use of state symbols in everyday life.

Our academy was represented by two teams “Human Rights Defenders” and “Ecvitas” respectively from the Russian and Kazakh branches. Both teams won prizes of 2 places, among 11 teams in the Russian Department and 15 in the Kazakh Department. It is a great achievement for the students of one academy to take the leading places not only for them, i.e. for students themselves, but for their managers: Associate Professor Kokesh Karigulovna Sadykova and senior teacher Gulim Kozhakhmtovna Otynshieva. For what to them the separate thanks and creative successes in business of preparation of worthy students.

Our academy was represented by two teams:

The team with the state language of education – “Aequitas

I would especially like to note the captains of our teams Kozhakhmetov Marlen (4th year student) and Hartman Zinaida (2nd year student). These are the guys who were especially singled out by the respected jury for their high qualifications, excellent knowledge of the subject and ability to clearly and accurately, and most importantly, arguedly, express their thoughts. But the rest of the guys did not stand aside as they did their best and showed which students study at our academy.

From year to year, law students take the most active part in this Olympiad, and now it is noticeable how our guys have grown professionally and morally. The academy can be proud of such guys, they were at their best, they were distinguished by great erudition, the ability to speak beautifully and an immense desire to win.

As the head of the department, who is directly involved in the Olympiad as a jury member among representatives of various universities of the city and members of the youth wing of Amanat, it is always very exciting for me to worry about our students, who, with all my concern, do not drop the honor of our academy and perform with full dedication and purposefulness.

Saying thanks to the organizers of the Olympiad, I would like to say to our students – “GOOD LAWYERS KEEP IT UP!!!”

Academy “Bolashaq” (Karaganda, Republic of Kazakhstan) in the period from April 10 to May 25, 2020 held the Second International Youth Essay […]

SRC “Rukhaniyat” Within the framework of circle lessons with students of educational program “6B01702 – Foreign language: two foreign languages” the participants […] 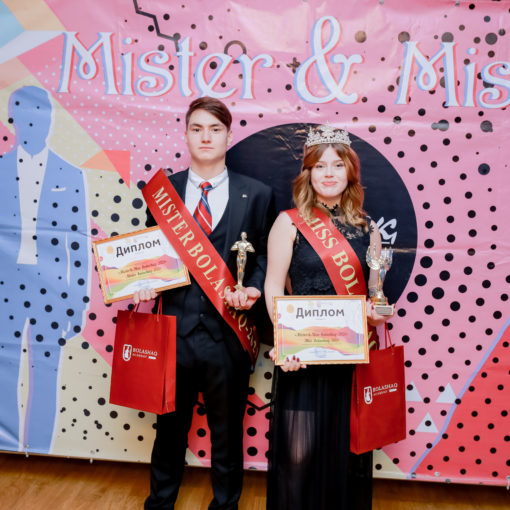 Two new stars were lit in the sky! On the 2nd of October in our academy was held a competition “Mister & […] 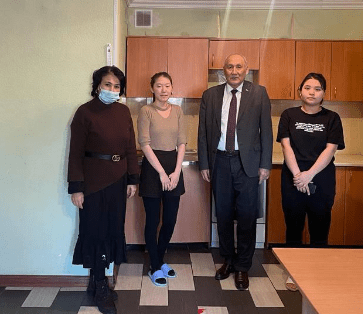 Management of the Academy “Bolashaq” in the face of Menlibayev K.N., Ismailova R.N. visited the House of students of our Academy. The […]