It was the terrible year 1942. The enemy rushed to the vital centers of our country.
At this time, a 16-year-old Almaty resident Volodya Breusov, after graduating from the FZO school, began working as a fortifier at Karaganda mine № 50-52.
But all the thoughts of the young miner were where the fate of the Motherland was decided. And the pupil of Karaganda Komsomol in early 1943 volunteered for the front.
August 1943. There were decisive battles for the liberation of Kharkov. Vladimir Breusov among 16 fighters of the company of senior lieutenant Petrischev boldly stormed the heavily fortified height near the village Polevoye and held it.
Young gunner Volodya Breusov aptly smashed the enemy, destroyed five of his fire points and one of the first to break into the enemy’s trenches.
Fascists were not taken away. Five enemy attacks, supported by heavy tanks and tanks-flamethrowers, were sustained for 36 hours of battle by Soviet soldiers, strengthened at the height.

Vladimir Breusov did not tremble, did not get confused before the armored attack. He cold-bloodedly let the enemies through the trenches, then went up and destroyed them with precision fire.
Unseen courage was shown by 16 heroes. There were only seven left, then four… Ammo ran out, and Maximus was silent.
But all the attempts of the enemy to regain altitude were unsuccessful. The altitude was held.
When the fresh forces of our warriors approached the place of battle, they saw their deadly wounded comrades, and around – hundreds of destroyed Hitlerites.
In this battle the machine gun of Vladimir Breusov mowed 112 fascists.
For these exploits, by the Decree of the Presidium of the Supreme Soviet of the USSR of November 1, 1943, machine gunner of 960th rifle regiment, 299th rifle division, 53rd Army Vladimir Breusov was awarded the title Hero of the Soviet Union.
The war was going on. In 1944 Vladimir Yefimovich already as a junior lieutenant fought for liberation of Orel and Belgorod.
He was awarded with the Order of Lenin, the Order of Patriotic War of I degree and medals. He is an Honorary Citizen of the village of Polevoye.

At a meeting with the youth of Karaganda in January 1945, Vladimir Efimovich said: “What inspired me at this heroic deed? (speech about taking the heights near Polevoye village) It is first of all love for our great Motherland, for its heroic people, for its glorious youth. I could not allow the thought that our land was trampled by enemies… It seems to me that in the battles for our Motherland I did nothing supernatural, I fought for my Motherland, as hundreds of thousands of sons fought. Anyone can become a hero in our country”.
Peaceful life has begun. In 1951, after graduating from KazSU, then a postgraduate course, he devoted himself to pedagogical activities.
Vladimir Efimovich Breusov was awarded the title “Honored Worker of the Higher School of the Kazakh SSR”.
Vladimir Breusov died in Almaty.
The material is published on the basis of the book published in RIO “Bolashak Baspa” and on materials of the Internet.
Heroes of Karaganda [Text]: collection of biographical information / edited by Zh. S. Akylbaev, A. A. Abdakimov, N. O. Dulatbekov, R. K. Omarbekova. – Karaganda: Bolashak-Baspa, 2000. – – 146 p. 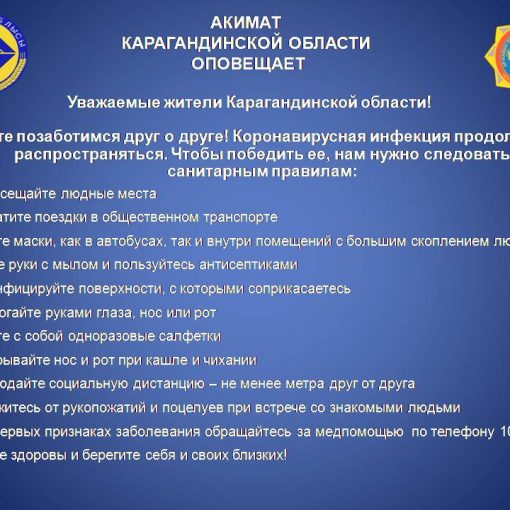 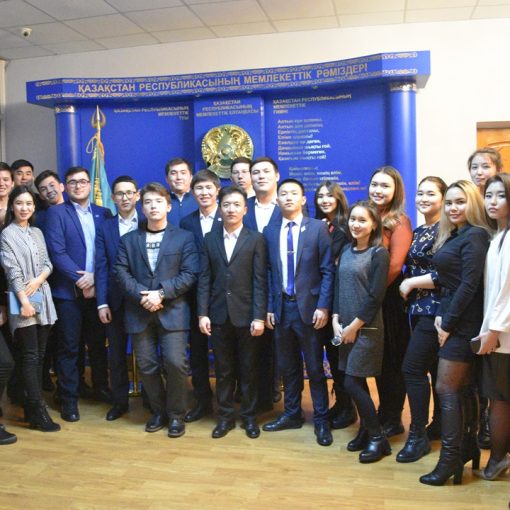 The meeting of the administration of the Republic of Bolashak of our Academy was held in the online mode. Active student youth […]