On January 28, 2021 in conference hall of the Academy “Bolashaq” a meeting with graduates of the Kazakh language and literature department and the teaching staff was held.

The meeting was headed by the Rector of the Academy Professor K.N. Menlibayev.

Our graduates carry out their professional activity in different spheres, including education. Among our graduates there were also directors of general educational institutions, and joint profession-oriented work with school students was discussed.

Director of the technical and economic college at Karaganda industrial University, senior lecturer, master of Pedagogical Sciences S. B. Khamitov:

In 2012-2014, I studied at the master’s Department of the Bolashaq Academy and received an academic master’s degree in Pedagogical Sciences under the educational program” Kazakh language and literature”.

On January 28, 2021, the rector of the Bolashaq Academy, candidate of philosophy, professor Kuralbay Nesipbekovich Menlibayev held a meeting with graduates. During the meeting, many issues were raised, including the establishment of Career Guidance work for graduates of the educational program “Kazakh language and literature” of the Bolashaq Academy, the increase in the number of grants from the head of the educational institution to the winners of the Olympiad in the subject and the provision of benefits for graduates enrolled on a contractual basis were recommended to be resolved at the Academic Council of the educational institution. Teachers of the school were given the opportunity to enter the master’s program of the Academy, Masters-to continue their education in foreign universities.

As the head of the technical and economic college at the current Karaganda industrial university, I assist students studying at the Bolashaq Academy to complete pedagogical practice and recruit their graduates. Thanks to the unity of the heads and staff of the University, the Academy has formed a positive psychological atmosphere, the quality of education provided by the educational institution is high, as evidenced by the fact that graduates of the Bolashaq Academy hold senior positions in many educational institutions of the country.

I am sure that communication between the college and the university will not be interrupted.

On my own behalf, I would like to thank the administration of the Bolashaq Academy for organizing this meeting.

Director of the technical and economic college at Karaganda industrial University, senior lecturer, master of Pedagogical Sciences S. B. Khamitov 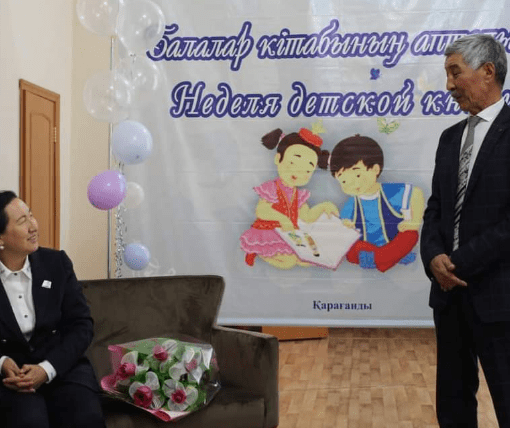 On March 25, 2022 in the regional children’s library was held the meeting with the writer of Kazakh children’s literature Saule Doszhan […] 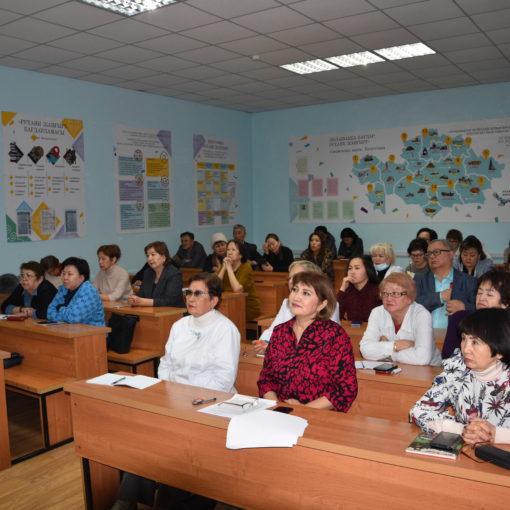 On January 23, 2023, the Bolashaq Academy hosted a seminar on the topic: “Methodology for the development of educational programs” organized by […]