On January 30, 2021 the vice-rector for social and educational work B.T. Akhmetova together with SIC “Rukhaniyat” held a dialogue platform “Global initiatives of Kazakhstan. Contribution to International Security”, which was held in the online format with the participation of students from all educational programs of the Academy “Bolashaq”.

The following issues were brought up for discussion:

The historical fate of Kazakhstan and the nuclear issue have been closely intertwined for a long period of time. As fate would have it, the subsoil of Kazakhstan contains one quarter of the world’s uranium reserves. In 1949 the Kazakh steppe shuddered for the first time when atomic weapons were tested (on August 29, 1949 the first atomic explosion was carried out at the Semipalatinsk test site).

The Semipalatinsk test site and its research base provided what in the Soviet Union was proudly called the “nuclear missile shield of the motherland,” but the price for such security, primarily for the people of Kazakhstan, was too high.

It is known that from 1949 to 1989 at least 468 nuclear tests were carried out at the Semipalatinsk nuclear test site, in which at least 616 nuclear and thermonuclear devices were exploded. The total power of nuclear charges tested before 1963 at the Semipalatinsk test site in the atmosphere was 2,500 times the power of the atomic bomb dropped on Hiroshima. Contrary to military assurances that nuclear tests were harmless, almost every third underground test at the test site was accompanied by a leakage of radioactive gases from cracks and crevices created by the explosions. Kazakhstan inherited from the Soviet Union a huge arsenal – more than 1200 nuclear warheads.

In the late 80s of the XX century in Kazakhstan unfolded a powerful anti-nuclear movement “Nevada-Semey”. The last test of nuclear weapons took place at the test site in 1989.

On August 29, 1991 the First President of the Republic of Kazakhstan N.A. Nazarbayev issued a decree to shut down one of the largest nuclear test sites in the world. August 29, the day of Semipalatinsk Nuclear Testing Site closing, 18 years later the International Day against Nuclear Tests was declared by the special resolution of UN General Assembly.

In the first year after declaring its independence, Kazakhstan, along with Belarus and Ukraine, joined the START I Treaty and the Lisbon Protocol, thereby opening the way to nuclear disarmament. In the period from 1992 to 1995, all nuclear warheads were withdrawn or chemically destroyed in the bowels of the range of Kazakhstan. Thus, the world’s fourth nuclear arsenal was eliminated.

Operation Sapphire is the most vivid confirmation of the principled nature of Kazakhstan’s nuclear policy. In early 1994, the Government of Kazakhstan requested the world community’s assistance in solving the problem of highly enriched uranium, about 600 kilograms of which were stored at Ulba Metallurgical Plant in the East Kazakhstan Region and from which about 50 nuclear warheads could be created. As a result, Kazakhstan’s request was granted, and this cargo was removed from the country.

At the dialogue platform the students of all educational programs discussed the ways of implementation of Kazakhstan’s anti-nuclear position in the foreign policy. The practical steps taken by our state to promote the ideas of nuclear safety around the world were voiced. The participants referred to the content of the Manifesto “Peace. 21st Century”, announced by the First President of the Republic of Kazakhstan N.A. Nazarbayev on March 31, 2016, at the 4th Anti-Nuclear Summit in Washington, DC. This Manifesto is a unique political document that contains the main principles that the world community should be guided by to prevent a global cataclysm. The main point of this Yelbas initiative is to give the world a new trend of development based on universal responsibility for the development of humanity in order to prevent devastating wars and conflicts in the twenty-first century. The Manifesto defines the central task of mankind as ridding the world of the threat of war itself and the elimination of its causes.

As noted in the document, in order to make the task feasible, Kazakhstan calls for the development of a holistic algorithm of actions by the world community in five main directions: to move consistently toward a world completely free of nuclear weapons; to form a geography of sustainable peace; to end the existence of military blocs, which, in fact, impede broad international cooperation; to adapt the international disarmament process to new historical conditions; to adopt a fair paradigm of global competition; and to establish a global nuclear weapons program.

The participants of the dialogue platform came to the conclusion that the antinuclear issues will remain one of the main directions of Kazakhstan’s foreign policy in the future. 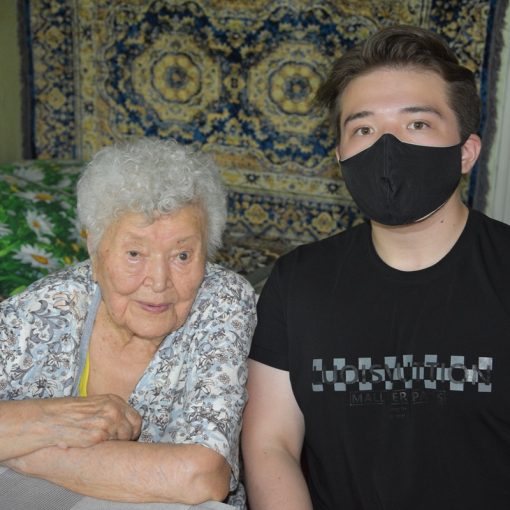 On June 10, 2020, A.F. Khairullina, director of the Media Center, and Rustam Akhmaldinov, student of the Yu-19 group, visited Mironova Alexandra […]

On September 11, 2020 online conversation with 1st year students was held on prevention of religious extremism and terrorism, political extremism. The […] 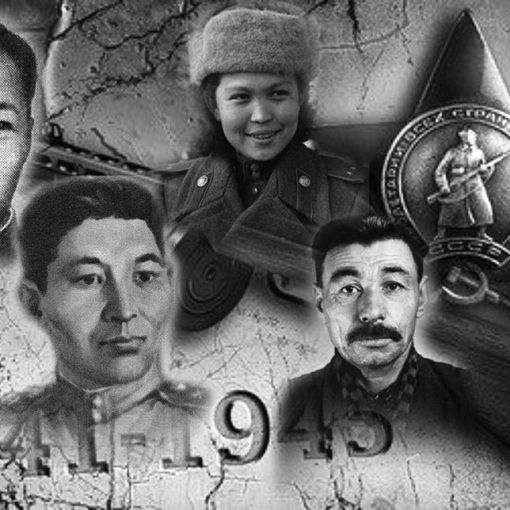 He was born on May 5, 1923 in Kenitai village of Akmola region. After graduating from seven-year school he worked as an […]