The annual International scientific-practical conference (with international participation) “Science and education in the modern world” was held on April 29, 2022.

Program of the section:

1. A.M. Alimkhanova, MIA of the Republic of Kazakhstan B. Karaganda Academy named after Beisenov, Kazakhstan, Karaganda.

THE LINGUOCULTURAL ROLE OF EUPHEMISMS IN THE LANGUAGE OF MASS MEDIA.

MAIN PROBLEMS OF STATE YOUTH POLICY IMPLEMENTATION IN RUSSIAN FEDERATION IN THE SPHERE OF SOCIAL HEALTH.

SOCIAL SERVICES PROVIDED TO THE POPULATION AT HOME

Impact of SMART TECHNOLOGIES on SOCIAL LIFE of modern society.

The breakout session was conducted online. All breakout participants were connected to the group in ZOOM mode.  The work of the section was recorded.

The chairman of the section Dr. Elikbaev N.E., professor of OOD department, made his introductory speech.

At the session number 7 the speakers made speeches:

2. I. Grigorchuk, S. Dikanbaeva, “Bolashaq” Academy, Karaganda city, Republic of Kazakhstan THE LINGUOCULTURAL ROLE OF EUPHEMISMS IN THE LANGUAGE OF MASS

Impact of SMART TECHNOLOGIES on SOCIAL LIFE of modern society.

Presentations were shown for each report, a video on the second report (5 first “smart” cities where the future has already arrived) was shown. Questions were asked, each report was discussed, opinions and additions were expressed.

1.         It is necessary to note sufficient quality level of the presented reports, diversity of the research topics;

2.         The papers have a research element. The results of the authors of the reports are relevant, have a serious applied value

3.         It is recommended to continue research in these areas 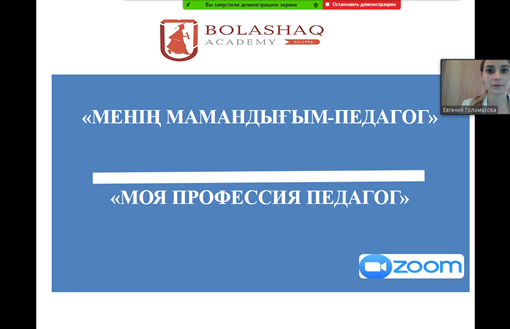 On 4 and 7 June 2021 senior lecturers of the Department of Pre-school and Elementary education Iskakova D.M. and Golomazova E.A. online […] 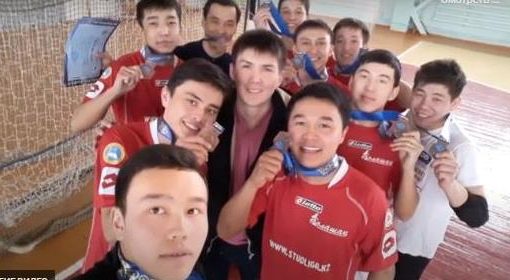 The coach and BOLASHAQ players stay at home, which is the right solution in quarantine conditions, which has been declared due to […] 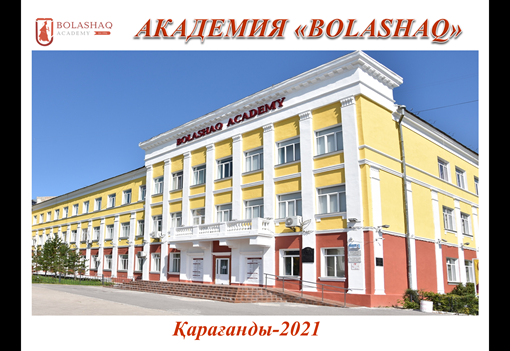 On October 10, 2019, there was a meeting of a doctor of “Bolashaq” academy S.G. Kuur with first-year students. Svetlana Geraldovna once […]