The management and staff of “Bolashaq” Academy sincerely congratulate Salakhiden Nursariyevich on his 80th birthday and wish him long life, health and creative success!

Sabikenov Salakhiden was born on December 30, 1939 in Novobogatinsky district of Guryev region. In 1959, he graduated from Gogol evening high school of working youth in Guryev city. After graduating from the Law Faculty of the Kazakh State University named after S.M. Kirov from 1964 to 1965 he worked in the bodies of the Ministry of Internal Affairs of the Kazakh SSR, then from 1966 to 1967 as a junior researcher of the Institute of Philosophy and Law of the Academy of Sciences of the Kazakh SSR. Postgraduate training took place under the scientific supervision of the famous scientist P.O. Khalfina in Moscow – at the Institute of State and Law of the USSR Academy of Sciences, where he defended his thesis in 1969. In 1986, he defended his doctoral thesis on “Law and social interests” (theoretical problems of interaction). The academic title of professor was conferred by the USSR Higher Attestation Commission in 1990.

In 1995, by presidential decree, he was appointed a member of the Constitutional Council of the Republic of Kazakhstan and worked in this position until 1998. For his significant scientific contribution to the development of state theory and law in 1995 he was elected a corresponding member of the NAS RK, and in 2004 he was elected a full member (academician) of the NAS RK. In 1993, he was elected Scientific Secretary of the first established in Kazakhstan expert council of HAC RK on legal sciences, in 1999 – its chairman, and from 2005 to 2006 was the deputy chairman of the expert council on legal sciences of the Committee for supervision and certification in the field of education of the Ministry of Education and Science and Culture. From 1994 to 1996, he was Chairman of the Specialized Council for the Defence of Candidate’s Theses at the Almaty Higher School of the Ministry of Internal Affairs. From 1997 to 2006 he was a member of dissertation councils on defense of doctoral dissertations at the Institute of State and Law of NAS RK, KazSGU.

By decrees of the President of RK Sabikenov Salakhiden was awarded with medals of 10 years of state independence of RK, 10 and 20 years of Constitution of RK.

He has trained 10 doctors of law, 3 doctors and 40 candidates of law. From 1998 to 2006, he was the Rector of the Academy of Law and Market, established in 1997 in Almaty. From 2000 to 2012, he worked as a professor of the International Law Department at Al-Farabi Kazakh National University. Now works as a head of department of the international law of the Sorbonne-Kazakhstan institute of KazNPU named after Abai. The general scientific and pedagogical experience of Sabikenov S. makes more than 55 years. He was a member of the Academic Council of the faculty of international relations, also a member of the Academic Council of the Kazakh National University named after Al-Farabi, was the deputy chairman of the Dissertation Council D14A.01.30 for the defense of dissertations for the degree of Doctor of Law at Kazakh National University named after Al-Farabi (2008 – 2010).

Awarded the gold medal “For perfect business reputation” at the Kazakh-Swiss summit in Geneva (2004.20.12).

S.N. Sabikenov was awarded the Socratic International Award on March 23, 2007 at the Summit of XXI Century Leaders in Science, Culture and Education at the University of Oxford, Great Britain, for his personal contribution to the intellectual development of modern society and was entered in the international register of outstanding personalities of the modern world.

He actively and fruitfully develops such priority areas of legal science as the theory of state sovereignty and the problems of democratization of society and the state, the concepts of the rule of law, the problems of strengthening law and order, social interests and their reflection in law, constitutional construction in Kazakhstan, international law and human rights. 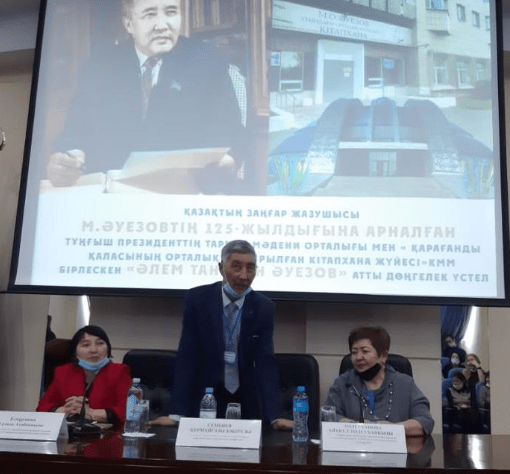 On March 28, 2022, in the Museum of the First President of RK in Temirtau together with M. Auezov city library at […] 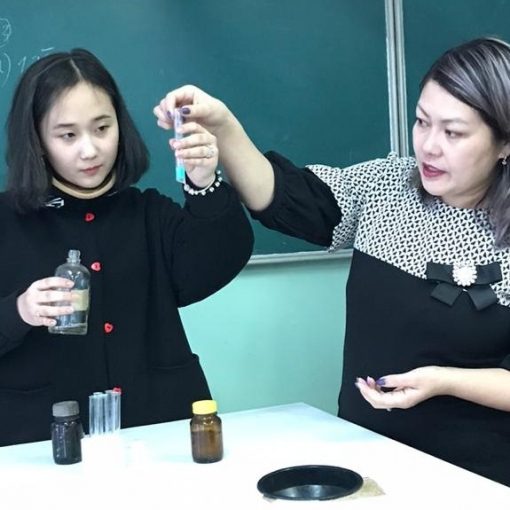 On March 10, 2020, the senior lecturer of the Department of Pharmaceutical Disciplines, Master Zhannur Issina, visited Zhumabayev Gymnasium No. 39 with […] 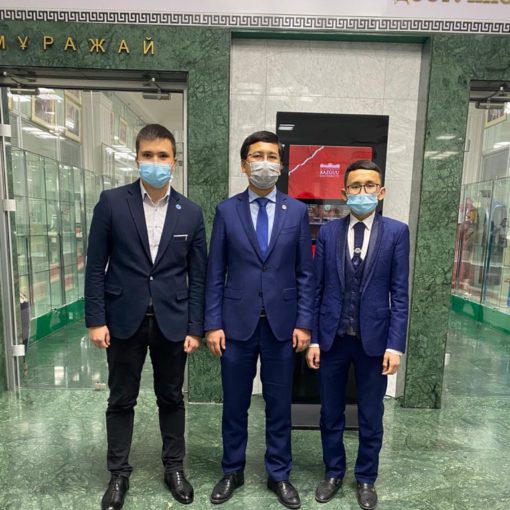 On November 6, 2020 in M. Narikbayev KAZGUU University was held a conference “The Alliance of Students of Kazakhstan – 15 years” […]