26On the 26th of November, 2021 members of the department of general educational disciplines of “BOLASHAQ” Academy took part in the enlarged meeting of the Association of departments of Assembly of the People of Kazakhstan “Shanyrak” on a theme: “Role of “Association of departments of APK “Shanyrak” on a new historical stage”. This event was dated for the 30 anniversary of Independence of the Republic of Kazakhstan.

The moderator of the meeting was Bibigul Byulegenova, candidate of pedagogical sciences, professor of the department of APK L.N. Gumilev ENU.

More than 90 people took part in the meeting, including the Deputy Head of the Secretariat of the Assembly of the People of Kazakhstan AP RK Erlan Abdakasov, Majilis deputy Natalia Dementieva, as well as representatives of universities and scientific-expert community of Kazakhstan. All the speakers noted the importance of the development of the Association of APK departments, and proposed a number of mechanisms aimed at strengthening social harmony. Besides, participants especially noted a role of a state language as the guarantor of national unity in RK.

From our region with the report on work of chairs of ANK Karaganda region on consolidation of students and interaction with ethno-cultural community Aiman Zhumanova, RHD, member of Board of Association of departments of APK, head of department of history of Kazakhstan and APK of “Karaganda University named after E. A. Buketov”. Academician E. A. Buketov. 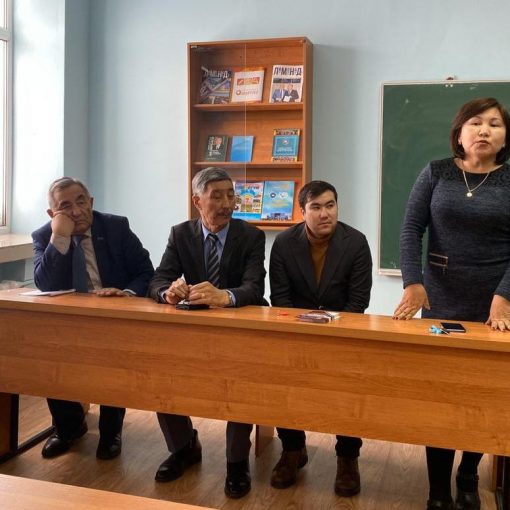 On December 23, 2019, the Department of Kazakh Language and Literature of “Bolashaq” Academy held a conference on practice for students of […]

On March 31 at 21:00 Head of State Kassym-Jomart Tokayev made a statement on the air of national TV channels on issues […]

Every year the Bolashaq Academy aims not only to systematically update its existing educational programmes, but also to expand its list by […]