After graduating from the Kachinsk Military School in 1938, the young military pilot served in the Far East.
Since April, 1943 Semen Andrianovich directly participated in hostilities against German invaders. He took part in the battles for the liberation of the Crimea. Lebedev fought with the Nazi invaders as a hero, defending with his comrades every inch of the Soviet land. For his excellent military services Major Lebedev was awarded the Order of Lenin, three Orders of the Red Banner, the Order of Alexander Nevsky, two Orders of Patriotic War I degree, the Order of the Red Star, medals.

During the Great Patriotic War, Semen Andrianovich made about 200 combat flights, participated in 34 air battles, in which he shot down 22 enemy aircraft. Noting his outstanding abilities, as well as his skilful leadership of the squadron and upbringing of pilots, the regiment command presented Semyon Andrianovich Semyon Andrianovich, the commander of the air squadron of the 43rd Fighter Aviation Regiment, 278-1 Fighter Aviation Division, 1st Air Army, 3rd Belarusian Front, to the highest military distinction. In February 1945, by decree of the Presidium of the Supreme Soviet of the USSR, he was awarded the title Hero of the Soviet Union. Cavalier of the Golden Star finished the war in Berlin, where he made his last two hundredth flight and shot down the twenty-second enemy aircraft.

After the war, Colonel Lebedev devoted himself to training defenders of the Motherland. In 1952, he graduated from the Air Force Academy (Monino). Candidate of Military Sciences, Associate Professor, taught at the Air Force Academy. Since 1975, retired. He died in 1998, was buried in Monino, Shchelkovsky district of Moscow region in Garrison Cemetery.

The material is published on the basis of the book published in RIO Bolashak Baspa and on materials of the Internet.

Report of the Minister on the implementation of the State Program for Education and Science DevelopmentOn October 21, 2019 in the Majilis […]

On March 1, 2021 in online mode on a platform ZOOM. Karaganda was held career guidance work. Senior teachers of the Department […] 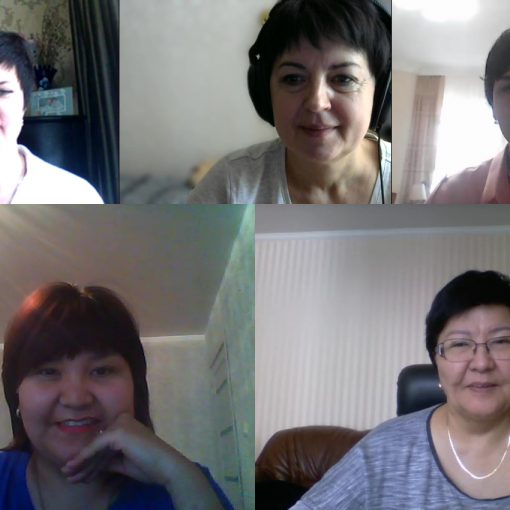 On June 01, 2020 the defense of master’s thesis of MPP-18-1 group of master’s students took place.The commission included:The chairman of the […]