He was born on December 15, 1920 in Alekseevka village, now Kokshetau district, Akmola region. In 1937, he finished 9 classes of high school in the town of Shakhtinsk, Karaganda region. He worked at mine #18 in Karaganda. From 1937 to 1939 he was a cadet of Karaganda Aeroclub.
Since March, 1940 in the ranks of the Red Army. In November 1940 he graduated from Pereyaslavl-Zalesskaya 3rd school of junior aviation specialists. Appointed as a radio shooter in 136th SBAP (Moscow Military District). Since January 1941, he has been a cadet of the Stalingrad YASL, which he graduated from in 1942. Since April 1942 – pilot of the 897th IAE (Volga Military District). Since November 1942 – pilot of the 13th ZIAP (Volga Military District). Participant in the Great Patriotic War: from March 10 to September 11, 1943 – assistant platoon commander, 32nd Separate Rifle Brigade (Volkhov Front).
From October 1944 to June 1947, Mikhail Sergeyevich Ponomarev served in the Polish Army, then in the formation of the Soviet Air Force.
For selfless fulfillment of his duty Captain Mikhail Sergeevich Ponomarev was awarded the high title of the Hero of the Soviet Union by the Decree of the Presidium of the Supreme Soviet of the USSR dated November 31, 1951.
He was awarded the Order of Lenin, two Orders of the Red Banner, the Order of Patriotic War of the I class and a foreign order.
Since 1968 he has been a colonel in reserve.
He died on September 26, 2006 in Kherson.
The material is published on the basis of the book published in RIO Bolashak Baspa and on materials of the Internet.
Heroes of Karaganda [Text]: a collection of biographical information / edited by J.S. Akylbaev, A. A. Abdakimov, N. O. Dulatbekov, R. K. Omarbekova. – Karaganda: Bolashak-Baspa, 2000. – – 146 p. 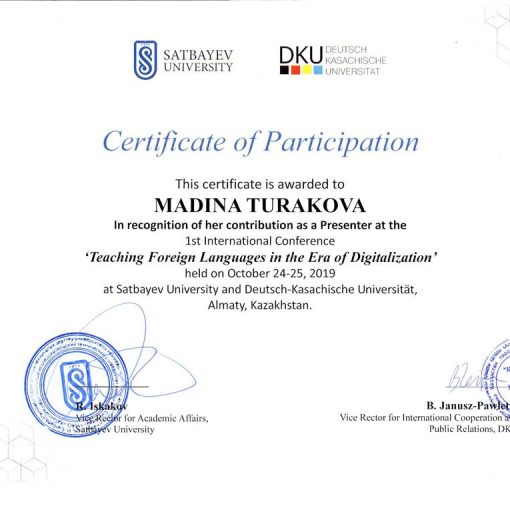 The 1st International Conference “Teaching Foreign Languages in the era of Digitalization” was held on October 24-25, 2019 in Almaty at Satbayev […] 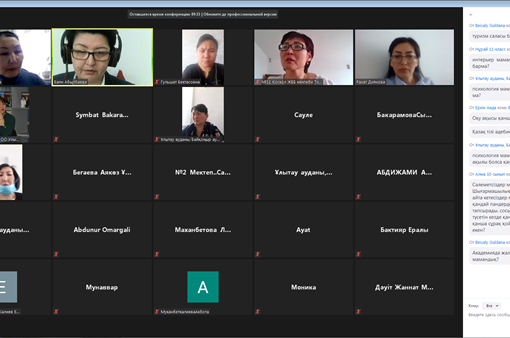 On April 22, 2021 in online mode on the Zoom platform was held career guidance work with schools of Ulytau district. Career […]