To the 75th anniversary of the Victory the Assembly of the people of Kazakhstan of Karaganda region together with the Academy “Bolashaq” in the framework of the project “Arkа Batyrlary” conducts a regional patriotic online action “Generation that won’t forget Great Victory”.

The essence of the online action – in education of the younger generation respect to the memory of the defenders of the Fatherland, veterans of the Great Patriotic War and toilers of the rear, their merits and deeds. You can express your respect to the heroes of the war by reading poems or singing songs about the Kazakh heroes of the Great Patriotic War and Victory Day.

Members of the APK and students of Bolashaq Academy can take part in the action.
Assembly of people of Kazakhstan and “Bolashaq” Academy will publish videos of the participants on their pages in social networks. 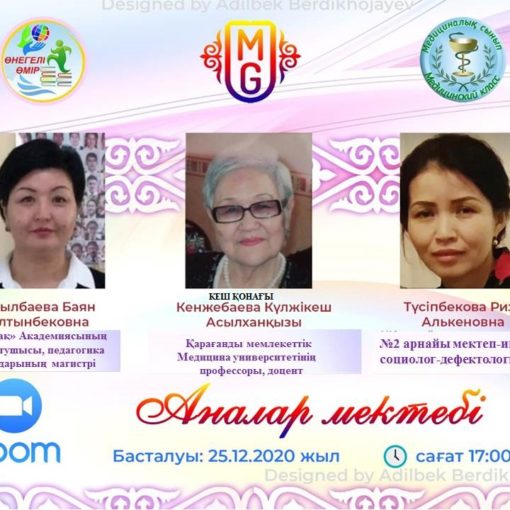 The management and staff of “Bolashaq” Academy sincerely congratulate Salakhiden Nursariyevich on his 80th birthday and wish him long life, health and […]