In 1939 he became a cadet of the Omsk infantry and artillery military school, then served in the Far East. From the first days of the Great Patriotic War he was the commander of artillery guns.
Zakir Asfandiyarov, commander of the gun crew, received baptism of fire near the town of Tikhvin, Leningrad region. He passed a long and glorious battle path. He beat the enemy near Kursk and on the Dnieper, liberated the city of Vinnitsa in Ukraine, the city of Lviv, forced the Vistula and Oder and finished the war in Berlin.
He was drafted into the Red Army by the Gafuri district military committee of the Bashkir ASSR in 1939. At the front of the Great Patriotic War since September 1941. He distinguished himself especially during the liberation of Ukraine.
Calculation of the anti-tank weapon, commanded by Zakir Asfandiyarov, during the battles he destroyed dozens of fascist tanks, cars, guns, machine guns and a large number of soldiers and officers of the German army. Only for four days – from July 5 to July 9, 1943 – in the Battle of Kursk his calculation hit nine tanks and killed many infantrymen of the enemy. For courage and high combat skills in this battle he was awarded the Order of the Red Banner.
January 25, 1944 in the battle for the village of Tsibulev in Korsun-Shevchenko operation. gun under the command of the Guard Staff Sergeant Zakir Asfandiyarov was attacked by eight tanks and twelve armored personnel carriers with infantry of the enemy. Letting the attacking column of the enemy at a range of direct fire, the calculation of the gun opened sniper fire and burned all eight enemy tanks, of which four tanks “Tiger”. Senior Sergeant Asfandiyarov of the Guard himself destroyed one officer and ten soldiers with fire of his personal weapon. When the gun went out of action, the brave Guardsman switched to the gun of a neighboring unit, the calculation of which went out of action and, repulsing a new massive attack of the enemy, destroyed two tanks “Tiger” and up to sixty Hitler’s soldiers and officers. In just one battle, the calculation of the guard Staff Sergeant Asfandiyarov destroyed ten enemy tanks, including six type “Tiger” and more than one hundred and fifty soldiers and officers of the enemy.
The title of Hero of the Soviet Union with the Order of Lenin and the Gold Star Medal (№ 2386) was awarded to Asfandiyarov Zakir Lutfurakhmanovich by the Decree of the Presidium of the Supreme Soviet of the USSR on July 1, 1944.
After demobilization from the army in 1947, Z. L. Asfandiyarov worked in Kazakhstan. Has passed a glorious working way from the fortifier to the head of the shift of mine № 8 East Kounrad mine. Since 1974 he was retired. He died on January 4, 1977. Buried in a new cemetery in the village of Shygys-Konarat (rus.: East Kounrad), near the town of Balkhash, Karaganda region. Honorary citizen of the town of Balkhash.
Materials are published, based on the book published in RIO “Bolashak Baspa”.
Heroes of Karaganda [Text]: a collection of biographical information / edited: Karaganda: Bolashak-Baspa, 2000. – – 146 p. 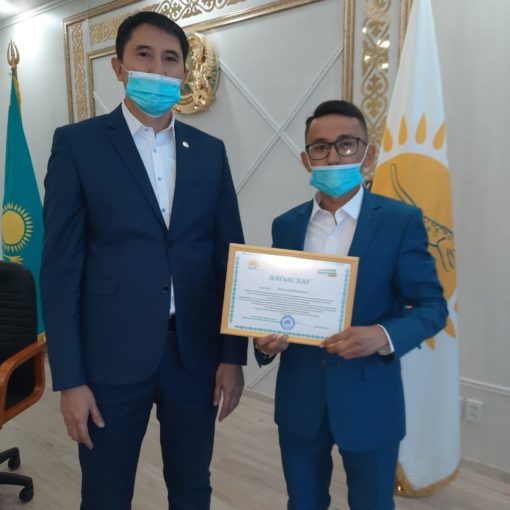 On December 23, according to the established tradition, the students of the Club of Humane Pedagogy of “Bolashaq” Academy held a New […] 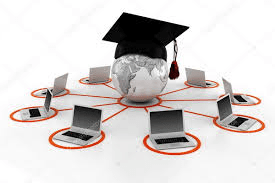 Participants and organizers of the academic process continue to share their thoughts online. Head of the Department of Legal Disciplines, Candidate of […]