Ministry of Education and Science of the Republic of Kazakhstan

BOARD OF YOUNG SCIENTISTS

Mission of the Young Scientists Council

1.2 The full official name of the CMU in Russian is the Council of Young Scientists of “Bolashaq “Academy (CYS); in Kazakh: “Bolashaq” of “Zhas Galymdar” Academy Council. The abbreviated name may be used along with the full name in official documents.

1.3. The SMU in its activity is guided by the current legislation of the Republic of Kazakhstan, the Charter of the Academy, resolutions and orders of the Academy management.

1.4. The legal status of the CYS is determined by the present Regulations adopted by SRC and the Academic Council of the Academy “Bolashaq”.

1.5 The general management of the QMS activity is performed by the Vice-Rector for Research and International Cooperation. The activity of the QMS is carried out in contact with other Departments of the Academy which assist in its work.

1.6 The responsibility for coordination of the JMA’s activities is vested in the Chairman of the JMA.

2. Aims, objectives and subject of activities. 1.6:

2.3. In order to achieve these objectives, the CYS carries out the following activities:

– promotes the development of direct contacts between young scientists for the organization of interdisciplinary complex scientific research by young scientists aimed at solving urgent and practically significant problems of modern science;

– searches for new forms of work of young scientists, initiates their introduction into practice, summarizes and disseminates the positive experience of scientific work of various departments of PE “Academy “Bolashaq” of other Kazakh and foreign organizations;

– provides consulting assistance with the participation of young scientists in competitions for scientific works and grant applications;

– Involves young scientists in carrying out research at Bolashaq Academy PU and participating in scientific conferences and seminars;

assists in involving young scientists in active work on domestic and foreign grants, when entering the magistracy, preparing and passing the exam, conducting research and defending master’s theses;

nominates the works of young scientists for the competition of prizes of the Ministry of Science and Higher Education and other ministries, the recommendation of talented young specialists in the magistracy or doctoral studies;

– carries out other types of activities that are in line with the goals set and do not contradict the current one.

Membership and procedure for formation of the CYS. 3:

3.1 Members of CYS are representatives of young scientists and specialists working and studying at “Bolashaq Academy” PU at the age of up to 35 years old, for Doctors of Science – up to 40 years old.

Qualification requirements for the Council member:

Scientific and pedagogical work experience of at least 1 year.

3.2. Representatives are obligatory members of the CYS. Quantitative and personal composition of the LGMS is determined by the general meeting of the CYS

Representative of the department nominated as a member is such within 1 year. Further its membership at the CYS shall be renewed or suspended by the decision of the CYS

The Council shall be elected at the general meeting of young scientists.

3.5 The composition of the CYS is approved by Pro-Rector for Scientific Work and International Cooperation Smolkina T.P. – Candidate of Pedagogical Sciences, Professor and by the order of the Rector of CU “Bolashaq Academy”, the term of office of CYS members is one year.

3.6 Members of the Council have equal rights and bear equal responsibilities.

4.1 The Chairman of the CYS has the right:

– to chair the meetings of CYS;

– to coordinate the activities of the CYS;

– to represent the Academy in interaction with legal entities or natural persons if a relevant power of attorney is present;

– by agreement to participate in meetings of CYS with the right of advisory vote.

– prepare the agenda, necessary materials and hold a meeting of CYS, exercising the functions of the chairman of that meeting or delegate those functions partially or fully to the Deputy Chairman of the CYS;

– at least once a year to report to the members of the CYS at its meeting on the work done;

– to conclude agreements and contracts, to give obligations on behalf of the CYS only for decisions taken by the CYS.

– Exercise the powers delegated to them by the chairperson for the time being;

– One of the Deputy Chairpersons shall, by decision of the CYS, participate in meetings of the CYS with the right of advisory voting and shall act as the Chairman of the Council during the absence of the latter.

4.4 Members of the CYS have the right:

– to participate in the management of the CYS ‘s affairs. 4.4;

take initiatives and make proposals on various issues of scientific and public life to the rectorate to the Scientific Council;

represent and defend the rights and legitimate interests of scientific youth of the Academy;

– to receive information on the activities of the CYS;

– at its own discretion to withdraw from the CYS, notifying the Chairman of the CYS at least two weeks before the withdrawal;

– make proposals on the agenda at General Meetings of the CYS;

to interact with innovation and implementation centres and organizations, other interested organizations, foundations implementing research projects, programmes and providing financial support (grants) to them;

– to address the governing bodies of the CYS on any issues related to their activities.

– comply with this Regulation;

– take part in the activities of the CYS;

– provide information required for the resolution of issues related to the activities of the CYS.

4.6 A member who systematically fails to fulfill or improperly fulfils his/her duties or violates the obligations assumed towards the PIA, as well as prevents the normal work of the PIA by his/her actions or omissions, may be excluded from it by the decision of the General Meeting of the PIA.

5. Management bodies and organisational structure of the CYS. 5:

5.2. The General Meeting elects from among its members the Chairman of the CYS (hereinafter referred to as the Chairman). The Chairperson shall be elected for the period of validity of powers of the present composition of the CYS by open or secret voting, upon decision of the LGM members by a simple majority of votes of the CYS members.

The Chairperson of the CYS is a member of the Academic Council of “Bolashaq Academy”.

5.2.1. The Chairperson of the CYS organizes and manages the work of the CYS during the period of his own authority, is an official representative of the CYS, interacts with other organizations in accordance with these Regulations of the CYS.

5.3 The exclusive competence of the General Meeting includes the following issues:

5.3.1. making amendments and additions to the CYS regulations;

5.3.4. exclusion of members of the CYS in accordance with clause 3.3 of these Regulations;

5.4 The General Meeting is convened by the Chairman or on the initiative of 1/3 of the members from the list of the CYS, but not less than once a quarter. The General Meeting shall be presided over by the Chairman. In case a member of the CYS cannot attend a meeting of the CYS due to a valid reason, but within the time limits established by the Council informs the members of the CYS in written or electronic form of his opinion on the issue of the agenda, this member of the CYS is considered to be present at the meeting when this issue is being resolved and has voted accordingly.

5.5. The decision of the General Meeting shall be deemed adopted if more than half of those present (except for the items (5.3.1 – 5.3.4)) voted for it. A vote shall be considered valid if there are at least 2/3 of the members from the list of the CYS members. Decisions on issues specified in paragraphs 5.3.1. – 5.3.4. shall be taken by the number of votes of at least 3/4 of the members of the CYS list.

5.6. In the interval between General Meetings all issues not referred to the exclusive competence of the General Meeting shall be decided by the Chairman and Deputy Chairmen.

– 5.7. The Chairman: carries out operational management of the CYS activities;

– ensures implementation of programmes, projects, plans and other decisions taken by the General Assembly;

– supervises the convening and preparation of the General Meeting;

– Coordinates the work of the Deputy Chairpersons and members of the CYS, gives them instructions and controls their implementation;

– represents the CYS in state, public and other organisations;

– performs other functions assigned to it in accordance with the current legislation of the Republic of Kazakhstan and this Regulation.

– carry out permanent operational management of the CYS activity within the competence defined by the position and instructions of the Chairman.

6. 6. Interaction with other structural units and the Academy:

– in the implementation of activities stipulated by the present Regulations;

7.1 These Regulations shall be adopted at the general meeting of the staff of the Academic Council of the “Bolashaq Academy” CU by open voting by the majority of votes of young scientists and specialists.

7.3 Proposals to amend and supplement these Regulations shall be considered at the meeting of the CYS. The adopted amendments to the Regulations shall come into force from the moment of their approval by the Rector of the Academy.

7.4 Decision on termination of the activity of CYS is taken by the Academic Council of “Bolashaq” Academy.

7.5 These Regulations shall come into force from the moment of its approval by the Rector of the Academy.

Chairman of the Council of Young Scientists Ibrakhimova K.T.

Vice Rector for HP and MS, 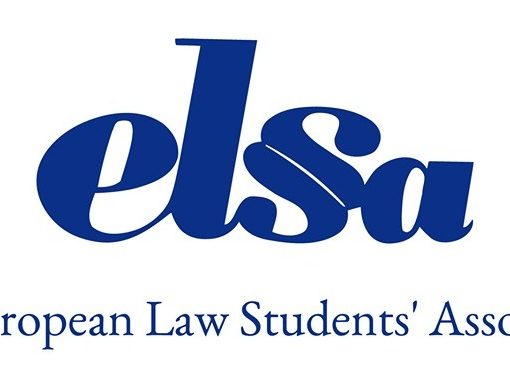 On February 18, 2020, the representatives of our university held on-line negotiations with the President of the European Association of Law Students […] 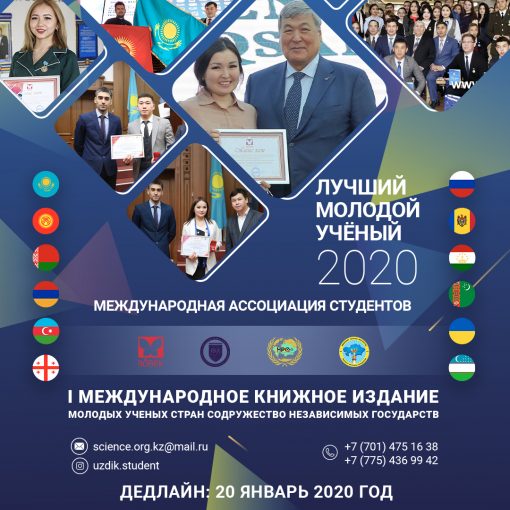 DEAR YOUNG SCIENTISTS, STUDENTS, MASTERS, POSTGRADUATES AND DOCTORAL STUDENTS! Applications for publication in the first issue of the book collection of young […]