The library of the Academy of “Bolashaq” presents to your attention a new historical edition, which came to the book fund.

The book examines the history of the formation of the power of the Soviets and its impact on Kazakhstan. Against the background of socio-political events of the early 20th century the struggle of the Alash and Turkestan intelligentsia for independence, the attitude of political currents and movements to the Sovietization of Kazakhstan and the Turkestan region, and their activities in the turbulent events of 1917 which entailed a split in society and other negative events are shown.

The work assesses the formal Soviet Kazakh statehood and totalitarianism, which laid the foundation of the Soviet political system for years to come. The popular scientific publication is intended for all those who are interested in the history of sovietization of Kazakhstan in the early twentieth century, the relationship of national intelligentsia with the Bolshevik power. 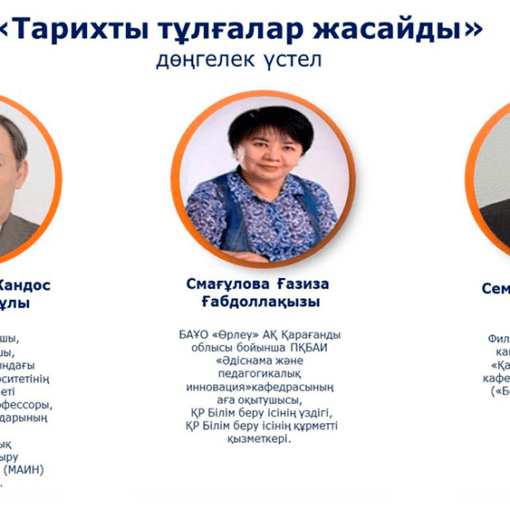 On March 18, 2022, professor of the Kazakh language and literature educational programme of Bolashaq Academy of Karaganda region, Candidate of Philological […]

As part of compulsory disciplines, classes are held in English at Bolashaq Academy. The video shows a practical lesson in the discipline […]

Today Kazakhstan is celebrating the 28th anniversary of state symbols. The date of the holiday is connected with a landmark event for […]