Within the framework of celebration of the 20th anniversary of Bolashaq Student Republic on December 13 a meeting (discussion platform) of the leaders of the student government of Karaganda region, representatives of the MC on the basis of the “Bolashaq” Academy, the Chairman of the Karaganda regional branch of the public association “Youth wing “ZHAS OTAN” at the party “NUR OTAN” was held. The meeting was organized by the Student Self-Government in the person of the Bolashaq Republic, the Government of the Student Republic, the Youth Association “1%”.

During the meeting were discussed current issues of student self-governance development, student youth shared their experience on effective involvement of students in the management of modern university.

Prime Minister Zhanabayev Daniyar and Minister of Foreign Affairs Bekdosova Kamila, Chairman of the Youth Organization “1%” of the “Bolashaq” Academy Akhmaltdinov Rustam spoke about the activities of the “1%” Youth Organization to represent the Student Republic of Bolashaq. Each member of the youth organization, Student Republic, Student Council and Student Parliament of the region told and presented their unique way of formation and development of student self-government, a colossal exchange of experience took place at the discussion platform.

At the end of the meeting the members of the student government organizations signed a Memorandum “On Mutual Understanding and Cooperation in the Development of Student Self-Government”.

In summer, German historian Christina Ezrahi visited the Bolashaq Academy. She is a historian and member of the Royal Historical Society in […] 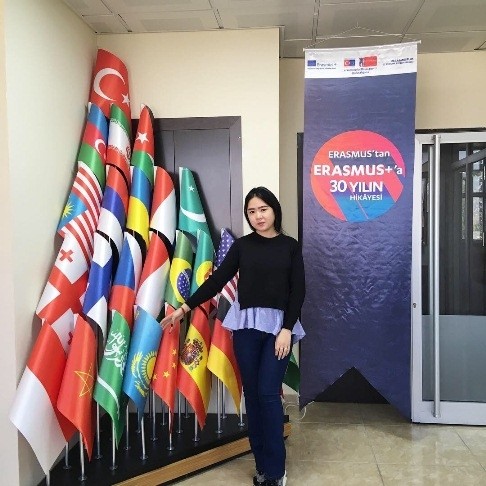 Aida Sakenova, a student of the Kazakh Language and Literature Department, took part in an online contest organized by Aktobe Regional State […]