On April 28, the psychological club “Personality Plus” gathered lovers of psychological science, bringing together undergraduate and graduate students of “Pedagogy and Psychology”.

Opening the meeting, the club president Dilnaza Nazarova said that the theme discussed today concerns everyone and is extremely important in life: “The peculiarity of mnemic processes: the mysteries and psychological features of human memory.

One cannot but agree that “without memory we would be creatures of the moment…” and “would always be in the position of a newborn….”.

This position, based on scientific facts, was convincingly proved by 3rd year students Karina Perepechkina and Dilnaza Nazarova. The future psychologists competently and professionally showed that it is memory that governs thinking – the most complex mental cognitive process, and it is memory that holds the connection “man and the world”. Of all types of memory the students paid special attention to the phenomenon of eideticism – photographic reproduction of a “picture” with minute details and details as if the image is now standing in front of their eyes.

What is this peculiarity of memory, when the death of a loved one or the face of a rapist is etched in your mind so fiercely, torturing you every day that it makes you unable to live?

Why is it that emotional memory, leaving meaningful marks of significance, guides us through life, defining our ideas of meanness and nobility, war and peace?

These questions found an explanation in the scientific reflection of Dilnaza and Karina, and also evoked a vivid response from the assembled students.

The last meeting of the psychological club this academic year was the debut of the scientific speech of the 2nd year student Zhanna Kusainova. She shared what truly “hooked” her in the study of memory and made her draw interesting life parallels. “Reminiscence” and “interference” are exactly the concepts a modern student often encounters in the learning process, and Zhanna was able to clearly and intelligibly explain how “delayed recall” and “mush in the head” arise and interfere with getting good grades.

We would like to applaud Jeanne for her courageous and completely independent comparison of Yost’s law with probabilistic (stochastic) theory, when she found a link between the algorithm for “partial memorization” and the dependence of the success of cognition on the previous result.

Undoubtedly, the trinity of remembering, preserving and reproducing any knowledge is significant in the life of any person. But graduate Vladislav Kim addressed the audience with an unexpected question: what are the pros and cons of “forgetting” and whether this process is beneficial for a person?

The trigger for Vladislav’s reflection was an interesting and ambiguous thought: “It is difficult to forget pain, but it is even more difficult to remember the good. Happiness leaves no scars. Peaceful times teach us nothing”. This divergent stance opened up the possibility for the graduate not only to interpret the content and direction of the process of forgetting, but also to inscribe in it the amazing “forgetting curve”, the “edge effect” and “motivated forgetting”, which, as the author convinced us, “goes with us through life”.

One cannot fail to notice that at the meetings of the Psychological Club Vladislav Kim’s scientific reflections are distinguished by scientific selectivity, an undeniably independent vision of the problem and an individual scientific handwriting.

All who gathered at the last session of the psychological club “Personality Plus” this academic year, wish to students of our favorite “Bolashak” interesting and personally meaningful process of memorizing necessary knowledge, strong preservation and easy reproduction in necessary situations!

Meet joyfully the spring and the upcoming student session!

Until new interesting and unexpected meetings

at the meetings of the psychological club “Personality Plus”

in the new academic year!

In the period from October 9 to November 20, 2019 4 teachers of the Buketov Karaganda University were trained at the following […] 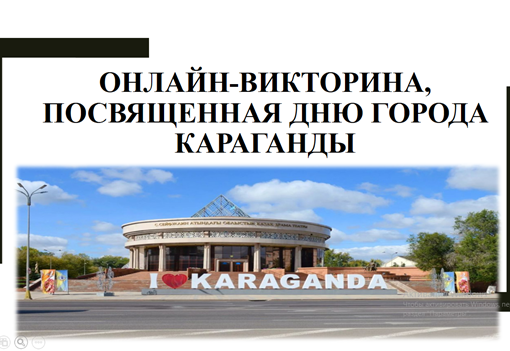 On February 8, 2021 on the platform ZOOM passed an open curatorial hour devoted to Day of the city of Karaganda on […]