The principles of justice, prudence and the wise words of the steppe genius, the outstanding political figure of the Kazakh khanate Kazybek bi are presented in the next “Hour of Integrity” of the Agency for Counteracting Corruption, which was attended by students of the Academy “Bolashaq”.

Kazybek bi is one of the three great biys of the Kazakh people of the XVII-XVIII centuries, a prominent public figure and statesman, a key figure in the history of Kazakhstan.

He was also a reformer, orator, diplomat and peacemaker.

Bribery and injustice is a serious disease which reaches every Kazakh. To overcome it is possible only with pure thoughts and noble deeds, he believed.

For Kazybek bi the question of morality as the highest human value was in the first place. For example, “Don’t be vindictive – the country will suffer. Don’t be ambitious, you will stop growing”, “Anger is an enemy, intelligence is a friend, add wisdom to your mind”, he said, stressing that every decision has an impact on the fate of not only one person and the whole country.

Kazybek bi without a single shot and unnecessary bloodshed could solve the most difficult problems.

The most powerful khans and sworn enemies listened to him because he struck them with words and wisdom. He struck them to the heart.

He also united the disparate Kazakh clans, calling for peace and harmony. He left behind just laws by which his people lived.

Resourcefulness, eloquence, and truthfulness are the three qualities of Kazybek bi that were touched on in the lesson on decency.

Link to the video lesson: 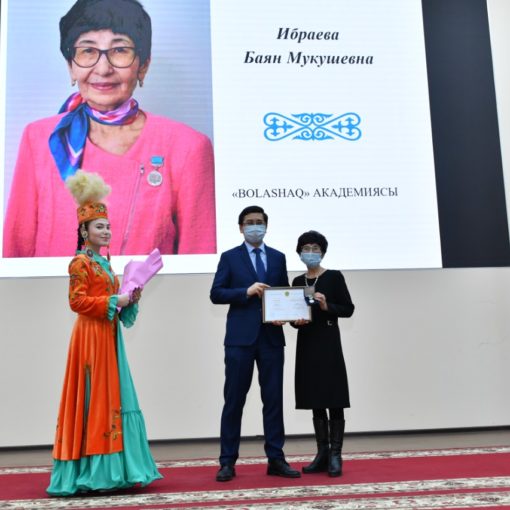 March 2, 2021 a senior lecturer of the Department of Pedagogy and Psychology Mekadilova S.K. at the ZOOM-platform held career guidance work […]

Dear friends! Bolashaq Academy congratulates everyone on the spring holiday Nauryz! May there be a renewal in your life, which is a […]

Director of “Rukhaniyat” Center On 27 November 2020, A.U. Aupenova made a presentation on the First President’s Day at the republican round […]