Ivan Andreevich Karabanov – air gunner of the 999th Assault Aviation Tallinn Order of Suvorov regiment of the 277th Assault Aviation Division of the 1st Air Army of the Belarusian Front, foreman – at the time of the last presentation to be awarded the Order of Glory.

He was born in 1925 in the village of Chemodanovka, Penza region. He spent his childhood and youth in Karaganda. Here he studied at a seven-year school of the FZO, worked as a sinker in mine № 33/34, locksmith of an industrial complex. In 1943 he was drafted into the Red Army. He took part in battles on the Leningrad and 3rd Belorussian fronts.

About a year Ivan Karabanov served in the spare rifle units, before joining the Troitsk school of junior aviation specialists, where he worked for a month and a half courses of air shooters.

In winter 1944, the cadets arrived at the Leningrad front at the headquarters of the air army. The grown-up soldiers were immediately sent out in pieces, and stocky Ivan Karabanov had to wait. Garabanov was assigned to 999th Assault Aviation Regiment of 277th Aviation Division that supported ground troops from the air near Narva fortress city.

Air gunner Karabanov was flying on IL-2 attack aircraft together with Ivan Maksimovich Derkach, who was as young and scrappy. There were Ivanes in various alterations, not once they looked death in the eyes, but each time they came out alive, unharmed and continued their hard combat service.

The first flight on a combat mission was almost the last for them. That day Derkach and Karabanov as a part of “Ilov” group flew to Narva region to take part in bomb attack on enemy positions. Near the target, above the forest, they were met by enemy fighters. The “Ilya” went down to the height of 400-600 meters, scattered in a circle and, covering each other, began to process the last edge of the enemy’s defense. It turned out to be a kind of “carousel”. But the fascist fighters still managed to break through the veil of fire of the attack aircraft.

The next day they safely got to their airfield.

The regiment and division continued to fight hard against both ground and air enemies, bombing defensive structures, congregations of troops and cargo on railways and highways, airfields in Finland, Estonia, Hiiumaa and Saaremaa islands.

With each flight, the pilot’s military skills increased.

While observing the land, he could distinguish military objects in the folds of the terrain, guessed with some special sense under the cunning disguise of guns and machine guns, tanks and cars.

The effectiveness of bomb strikes, rocket-artillery and machine-gun fire of the attack aircraft has increased.

By the end of the war Ivan Andreyevich Karabanov had made 102 combat sorties.

Each of them had its own difficulties and joys. In the memory of Ivan Karabanov several episodes were vividly laid aside. One of them was a landing with bombs and unreleased landing gear in winter 1945, then the plane and the crew were saved only because of deep snow. And also… a thousand happy accidents.

And a short battle over a sea scythe at Kenicksberg. Fascist vultures hit the plane and it collapsed into a pile of metal falling apart on the fly. But Karabanov and the pilot managed to get away on parachutes. A day later they were in the air again.

Another, also a short moment was remembered, which did not immediately attract the attention of front reporters. The group of “Ilov”, who were crushing the German defense of Danzig, was attacked by “Messerschmitt”. One of them approached “Ilov” at a very close distance and immediately paid for it: three short queues issued by Ivan Karabanov interrupted the vulture’s flight. The air shooter, captured by the battle, could not follow the fate of the fascist. And only at the airfield from pilots and shooters of other crews Karabanov learned that the “Messer” he had hit fell and exploded.

For these feats our compatriot received the Order of Glory II and III degrees.

Ivan Andreyevich received the highest degree of the Order of Glory after the war in Karaganda, which became his second homeland.

The country was returning to peaceful life. But Ivan Andreyevich Garabanov remained at his combat post for five more years and in 1951 returned to Karaganda. In 1951-1969 he worked in a mine. He successfully worked as a master of geophysical expedition and road construction department. He worked as a master of city power grids. Since 1988 on deserved rest.

Since 1979, he has been an Honorary Citizen of Karaganda.

The material is published on the basis of the book published in Bolashak Baspa and on materials of the Internet.

Many years have passed since that war, which brought the Great Victory and an incredible amount of grief to the families of […] 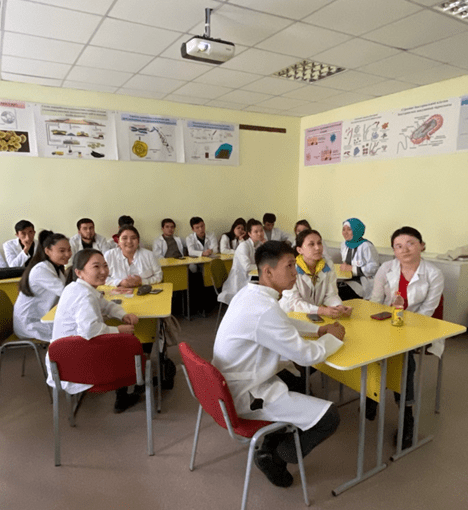 On 06.04.2022 at the Department of Pharmacy disciplines, Academy of “Bolashaq” was a round table on “The best school of education – […] 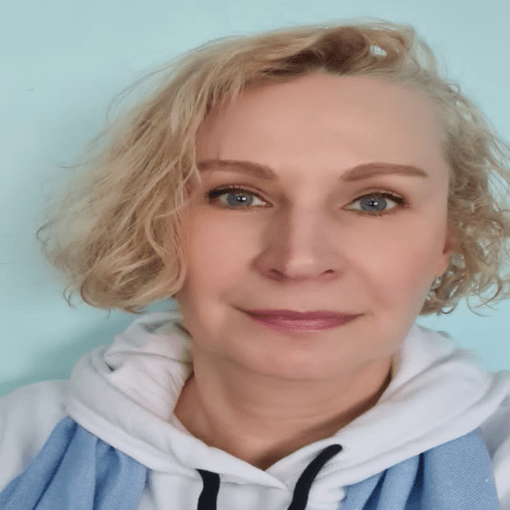 Specialists in the Department of Finance are not only teachers, but also practitioners of international level. D. in Economics, associate professor A.L. […]

In a time of pandemic, it is very difficult to continue to communicate in the traditional way, to work the way we […]